Operatives of the Lagos Zonal Office of the Economic and Financial Crimes Commission, EFCC arrested 27suspects involved in cybercime in Lagos state.

They were arrested on April 9, 2021, in the Ayobo-Ipaja area of Lagos State, following intelligence received by the Commission about their alleged involvement in computer-related fraud

Items recovered from the suspects during their arrest include mobile phones, laptop computers, and exotic cars.

According to EFCC, the suspects will soon be charged to court.

See Photos Of The Suspects Below; 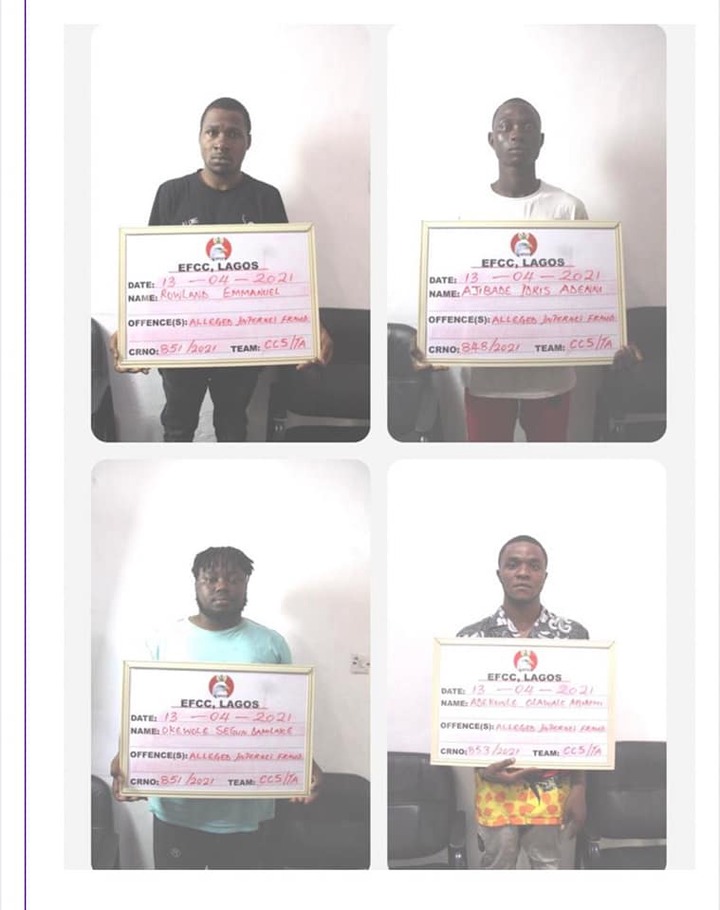 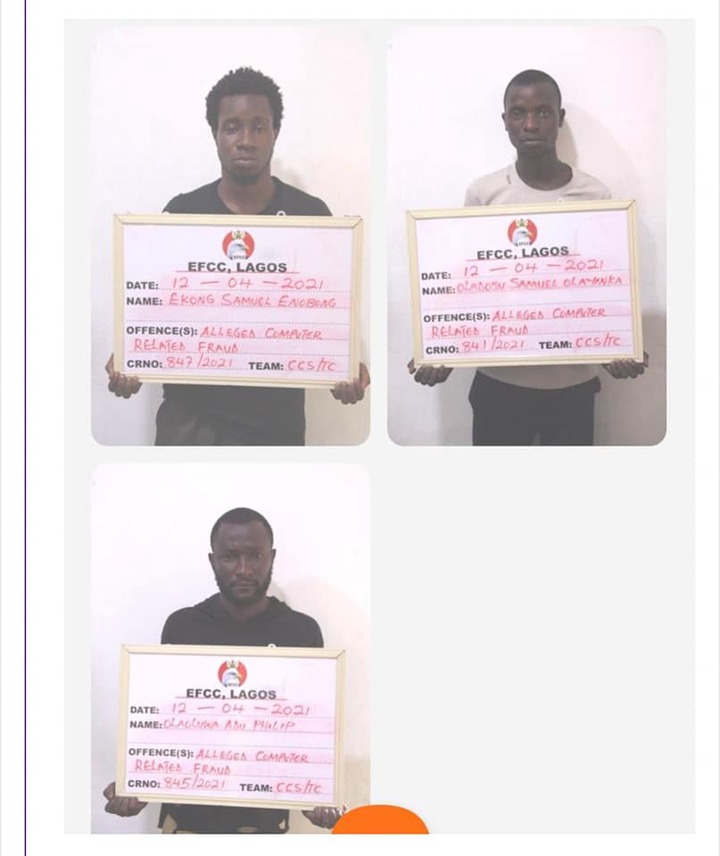 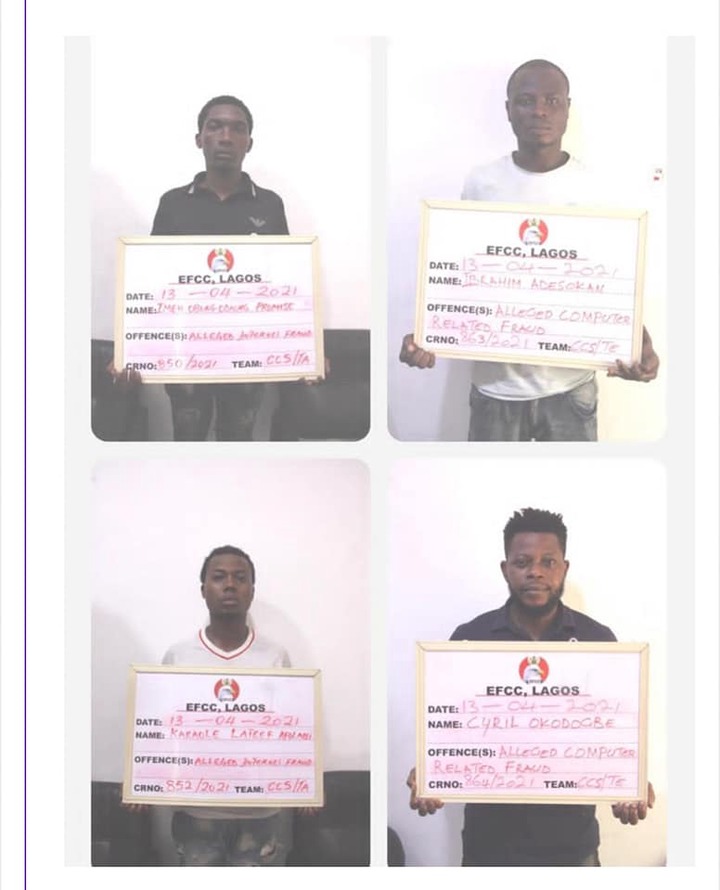 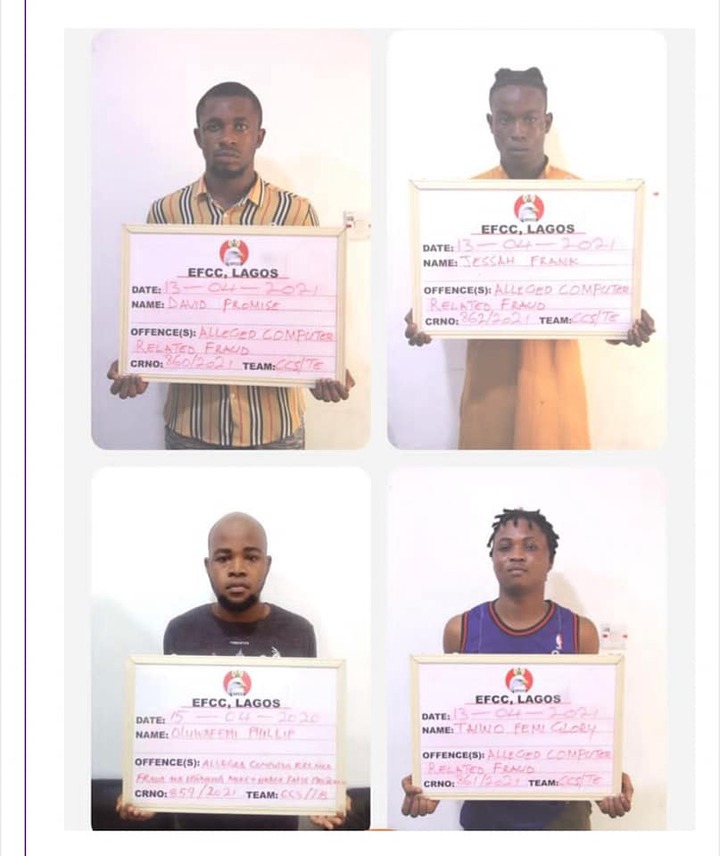 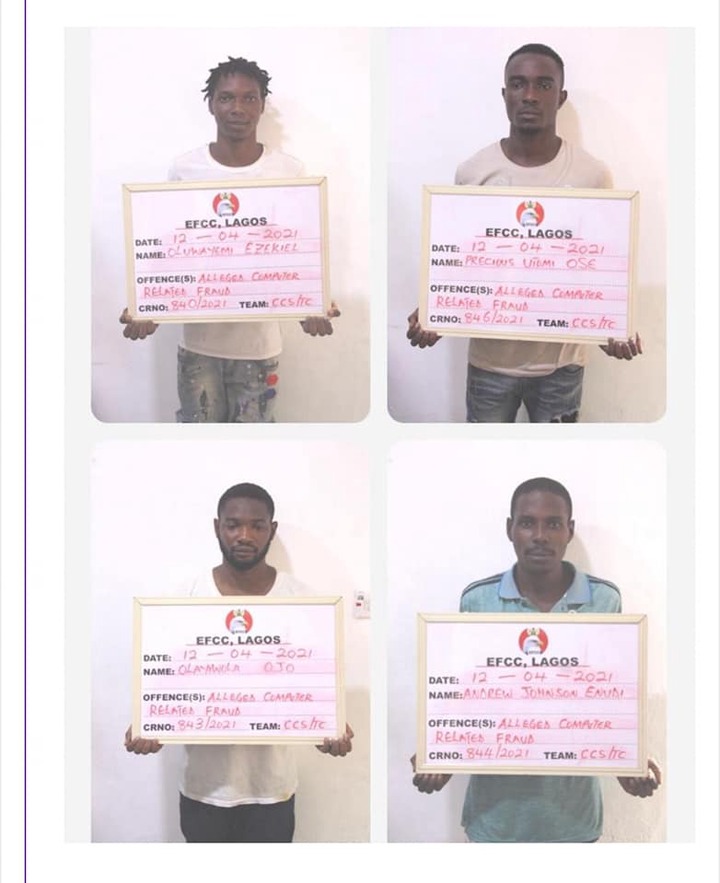 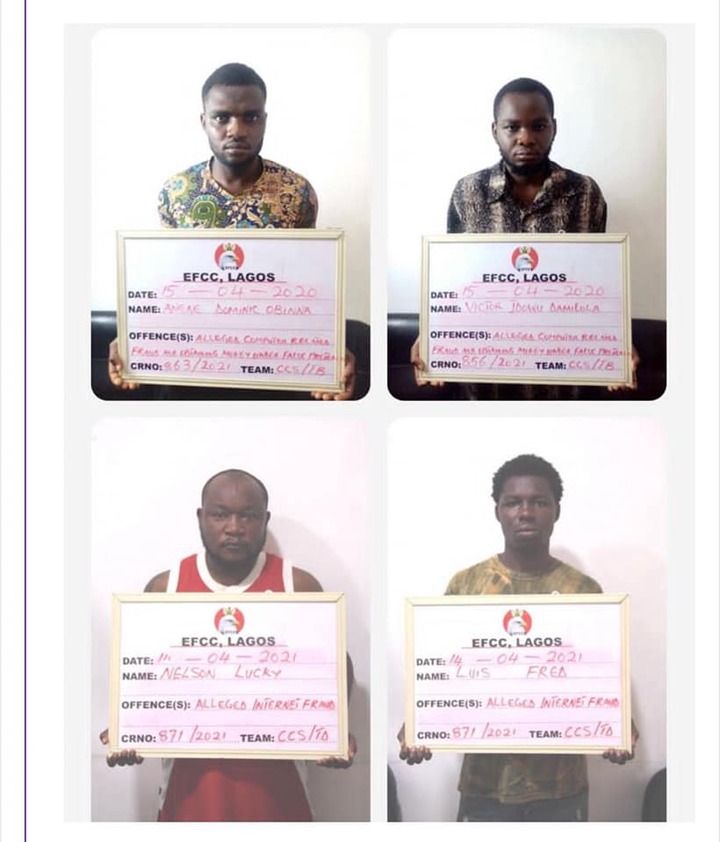 The views expressed in this article are the writer’s opinion, they do not reflect the views of the Publisher of NEWS 4 NAIJA. Please report any fake news , misinformation or defamatory statements to [email protected]

VIDEO OF THE WEEK : SEX FOR GRADE IN NIGERIA

Related Topics:
Up Next

Are The Allegation Of Vaccine Mismanagement In Lagos True? Find Out What NPHCDA Has To Say

“Never Compare Me To Those Rat” – Bobrisky Says While Flaunting N14.5M Alert